This tug boat, now registered in Guernsey was the official tug to the Royal yacht "Britannia". Given the current condition of the tug you would be forgiven for thinking that the wrong ship was decommissioned.

However, the tug was the first to be commissioned with the then latest Crossley(?) gearbox. 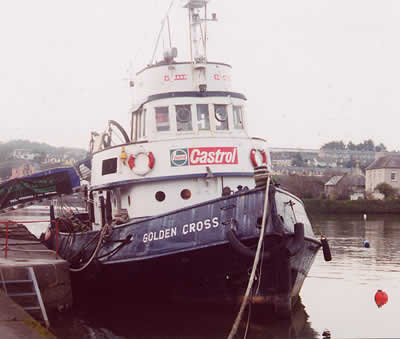 The tug was found in a dilapidated, sunken condition in the Bristol channel and through a long, arduous and almost single-handed labour it was saved and restored to it's present condition.

It was berthed at Kinsale from 2001 to 2002 and received some help in it's ongoing restoration from local and retired seagoing personnel. In August 2002 it moved back to Southampton where it can be visited at various ports. 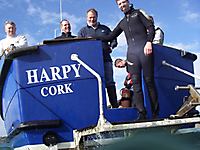