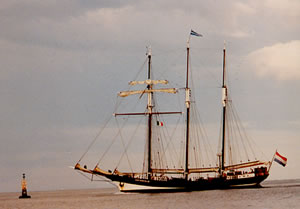 The story of this ship is the story of survival. Named after the river Schelde flowing through France and the Low Countries, she was built in the Netherlands in 1918 and worked along the Dutch coasts and also in the Mediterranean and the African coast. In 1939 the ship was sold to a Danish shipping company in Æroskøbing and renamed 'Fuglen' and was sold on to a Swedish company from there.

In Sweden the ship was converted into a modern motorcoaster; she sailed primarily in the Baltic, under the name 'Sylvan'. It is hard to believe the transformation that took place bring her to the most modern standards. However, i 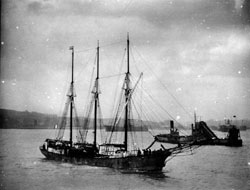 n 1988 she was again transfigured, or more correctly, returned to her former glory by the newly formed Rotterdam Sailing Ship Foundation over a period of 4 years. On 21/Aug/92, the ship was re-launched by

H.R.. Princess Margaret of Holland in the configuration we see today.

And so, today she earns her keep as a commercial historical sailing ship, as a venue for commercial presentations and conferences. Hopefully, she has a long career ahead of her as a commercial venture. 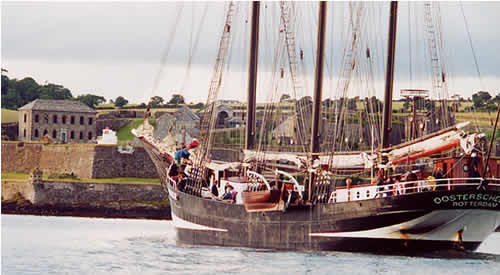