Some more photos of this beautiful brigantine. On this occasion - a very foggy morning in Kinsale in the Summer of 2001 with the fog just lifting. She is just about to weigh anchor to reposition in a more effective anchor holding position in the harbour.  The houses in the background are those of Scilly. 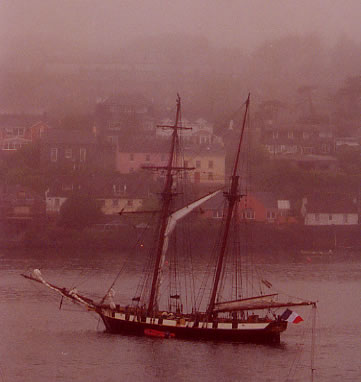 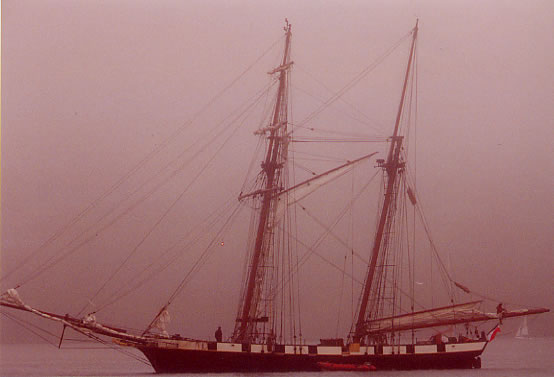 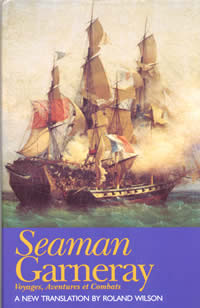 The book cover here portrays a typical battle scenenario in the Carribbean area in Napoleonic times. It depicts a French ship akin to the Recouvrance locked in combat with a much larger English Second-rater. The painting is "The taking of the Kent". The book itself is a great read if you come across it. A true account, the book gives the French sailor's viewpoint - which is relatively rare especially as so many currently mark Nelson's victory at Trafalgar. As an aside, many of those aboard Nelson's flagship Victory at Trafalgar were Irish - landsmen, able and ordinary seamen, aged generally from mid 20's to mid 30s but including the 14 year old boy Hugh Portfield.