Dark Secrets of the Lusitania

Dark Secrets of the Lusitania

A two hour documentary, to be broadcast by National Geographic in the US, began filming off the coast of Kinsale 02-Aug-2011 and finished on 10-August. Kinsale Angling boat HARPY acted as support vessel to the GRANUAILE and also for filming some of the sequences.

The weather on the day of these photos was not unlike that of the fateful day of 7th May, 1915 - bright and calm. Some of the photos will show the coast in the diatance. Though the coast may look near, for almost 1200 souls it was a lifetime away.

Also, an additional foray was made on 22-Aug-2011 to recover some artefacts from the Lusitania and some photos of this are also included.

Produced by Lusitania Productions Ltd, in association with M3TV, the documentary, entitled The Dark Secret of the Lusitania, will attempt to uncover the mystery surrounding the sinking off the South West coast of Ireland in May 1915.
The documentary was co-produced by Aidan Mulcahy (From Here to Maternity) of Cork-based production company M3 with Dave Harding (Cave of Forgotten Dreams) executive producing. Niall Mahoney of Musketeer Production Services in Cork provided production support for the project.

The wreck of the Lusitania is owned by 83 year old American businessman Gregg Bemis, travelled to Ireland to take part in the expedition. The Lusitania was torpedoed on May 7th 1915 by a U-boat off the coast of Cork. It took just 20 minutes to sink and approximately 1,200 people were killed. Rumours of a second explosion on the ship have led to speculation that there may have been ammunition on board the passenger vessel.

The project used the local production services of Musketeer Production Services. Niall Mahoney of Musketeer explained that the production requires a lot of specialist equipment including atmospheric diving suits (Newtsuit), which allow the diving team more time to examine the wreck. Musketeer were instrumental in the prepping, and arranging the ‘crewing, shipping, docking, loading, dealing with Ringaskiddy Docks, the Irish Lights vessel Granuaile, ensuring power requirements were met, all the technical bits and pieces,’ ahead of filming.

The production was based in the Granuaile Vessel which was chartered for the eight day trip and remainded above the wreck of the Lusitania for the dive. There were five different cameras filming the wreck, explained Niall: ‘We will have HD cameras on the submarine, on the Newtsuit and the diving team will take down a camera. The ROV (Remotely Operated Vehicle) will have a camera as well. And then we will have pole camera which will dip inside the ship once it opens up.’ A production office was set up in Kinsale, which was the closest land location to the wreck. The Dark Secret of the Lusitania was filmed in HD digital.

The technical diving team was led by Irish diver Eoin McGarry with most of the sea faring crew and almost all of the television crew and support coming from Ireland. Niall Mahoney of Musketeer Production Services said the crew has been ‘handpicked to be multi-skilled. They need to be fit, they need to look after each other, and they need to undergo special safety at sea training. The crew are multi-talented and multi-skilled.’

Niall says that the use of Cork crew and support on the massive production shows the capabilities of the Cork production industry, ‘we can offer specialisation; multi-skilled, multi-talented people with lots of ideas and abilities with new technologies who can fit into any number of productions,’ he says.

The Dark Secrets of The Lusitania will be broadcast on National Geographic in 2012. Photographs here copyright C.Ó Donnchú unless stated otherwise.

There are 18 images in category 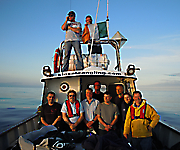 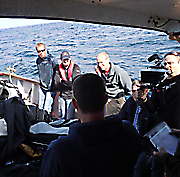 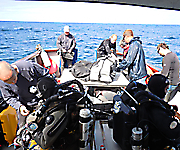 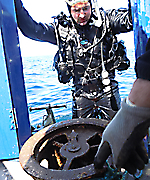 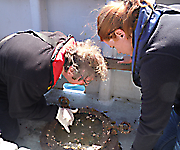 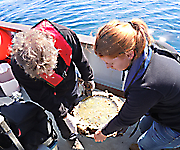 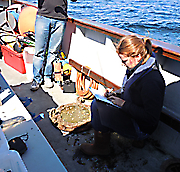 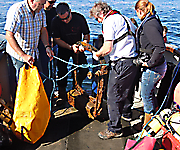 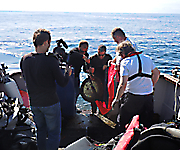 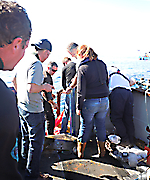 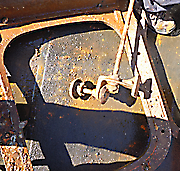 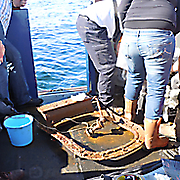 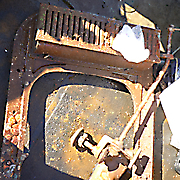 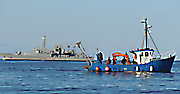 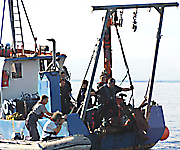 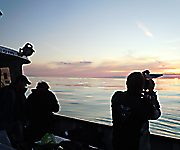 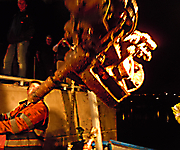 There are 18 images in category