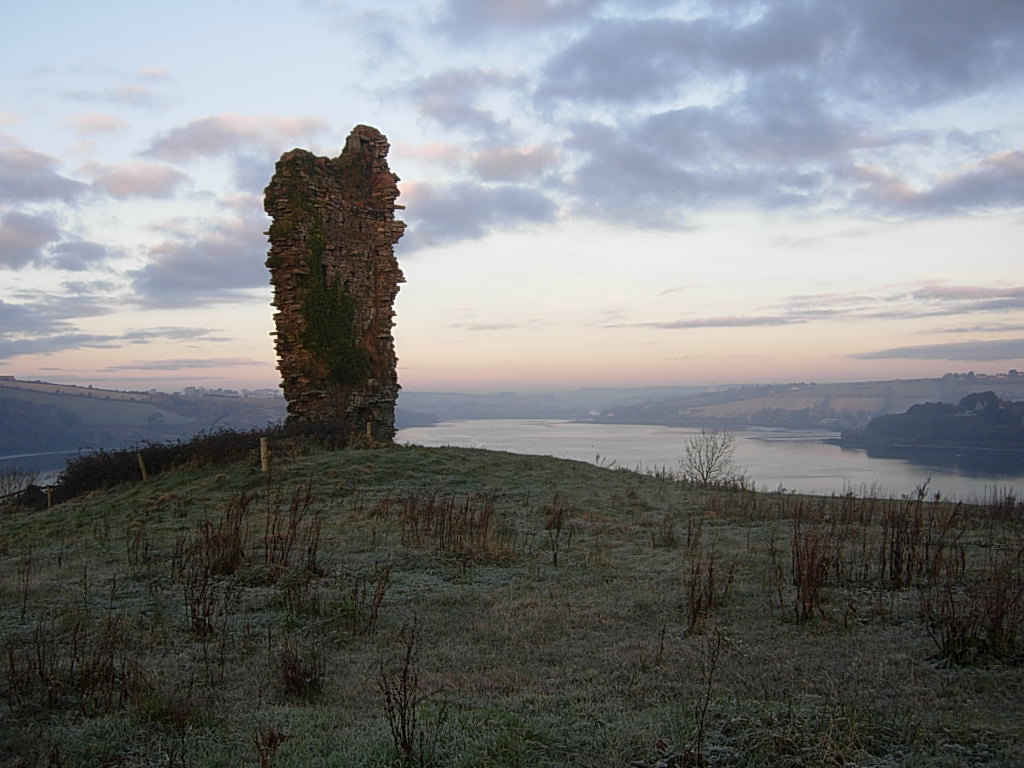 Previous
Image 2 of 13
Next

Description
This castle at Ringrone (this land was originally owned by Reann roin or Ringrone Mac Carthy) was built by Myles (Milo) de Courcey, who also built the castle at the Old Head of Kinsale, both in about 1223. In the autumn of 1600, Ringrone Castle was held by Spanish forces. The castle was taken by the English during the Battle of Kinsale, after a severe attack with the use of cannons. Tuckey in "The County & City of Cork Rembembrances" lists Myles as son of John Earl of Ulster who was granted the Barony of Kinsale by letters patent May 29, 1223.