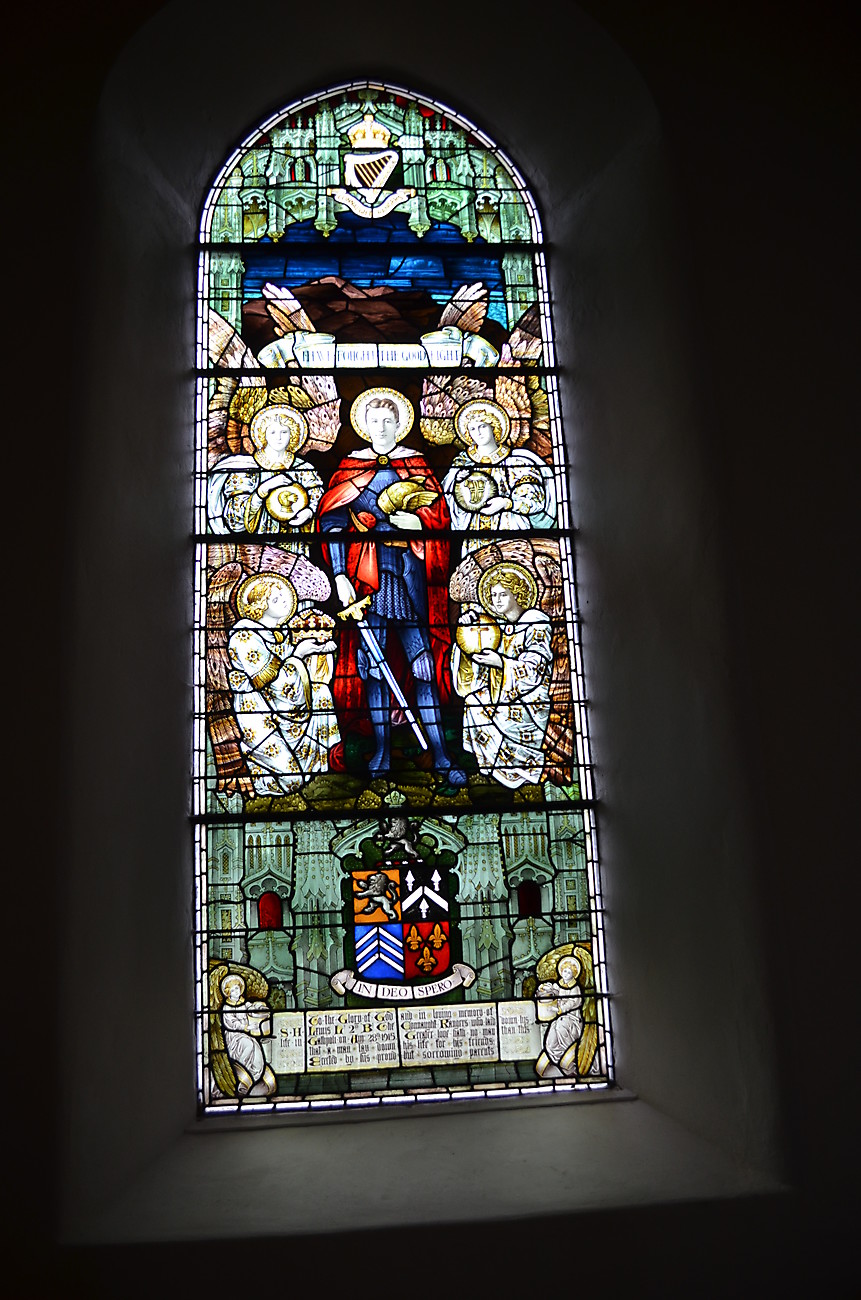 Description
The window is a memorial to Lt. STEPHEN HENRY LEWIS of the Connaught Rangers and was erected by his parents after he was lost at Gallipoli during WW1. Atop is the cap-crest of the Connaught Rangers. The 2nd battalion's marching song is the famous "Its a long way to Tipperary". The timing of his death coincides with the second-last day of the horrific Suvla Bay offensive - made famous in that terribly beautiful song "Waltzing Matilda". (The regiment was disbanded in 1922 upon the formation of the Irish Free State and the regimental colours were laid up at Windsor Castle. A memorial stained-glass window to the Connaught Rangers can be seen in the new Galway Cathedral). The Commonwealth Graves Commission website indicates that Lieutenant Lewis death on Helles Memorial, Turkey, (Panel 181 to 183). Strangely they also indicate that he was in the 5th Battalion? The motto "In Deo Spero", (In God we hope), is that of the family. The scroll text at the base is:- To the glory of God and in loving memory of S.H.Lewis, Lt 2nd Bat, The Connaught Rangers who laid down his life in Gallipoli on Aug 28 1915. Greater love hath no man than this that a man lay down his life for his friends. Erected by his proud but sorrowing parents. Ar dheis Dé go raibh a h-anam.