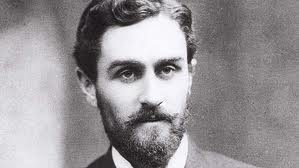 Roger Casement was amongst the great humanitarian of his time, an Irish patriot, poet, revolutionary and nationalist. He was born in 1864, the son of an Irish Protestant father and a Catholic mother and grew up in County Antrim and Liverpool. As a renowned human rights campaigner, he was knighted in 1911 for his public services exposing the cruelties practised by European traders in Africa and South America. Specifically his work resulted in the end of King Leopold of Belgiums brutal, tyrannical rule of the Belgian Congo and the murder, rape, mutilation of its people and pillage of the land. He then followed that with a similar overthrow of another brutal regime in Peru.

He retired from the colonial service in 1912 and, always of strong nationalist sympathies, joined the Irish Volunteers the following year, taking up the cause of Irish nationalism. He was central to the successful Howth gun running expedition and, though unsuccessful, tried to recruit Irish POWs in Germany to the cause.

Following the AUD from Germany aboard submarine U-19 with the intention of leading the ship in along Tralee Bay, Casement - having landed at Banna Strand - was captured while awaiting link-up with rebels at a ring-fort near Ardfert. He was taken to England where he was tried for his part in the 1916 Easter Rising in August 1916 and hanged at Pentonville prison.

His body was exumed from its limed grave in Pentonville and repatriated to Ireland in 1965. Though Casement wished to be buried in Antrim, the body was release by British PM Harold Wilson on the strict condition that he be buried in the Irish Republic. He received a state funeral, the cortege stopping outside the GPO, Dublin for 1 minute on its way to his final resting place in Glasnevin Cemetery.


By coincidence, the book "The Trial of Sir Roger Casement" (ISBN: 4781290331821) by Roger Casement was released by HardPress Publishing in 2012 around the time of the raising of these anchors, and received very good reviews.