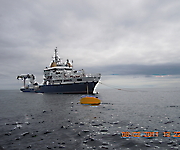 The hull was built in Romania where she was sideways launched in 1999 into the Danube. She was then readied for her tow from the Galatz shipyard to the Frisian Shipyards, Harlingen in the Netherlands. This tow took her through the Black Sea, the Mediterranean and the Bay of Biscay!

She entered operation service with the Commissioner of Irish Lights in January 2000. The ship has a permanent crew of 16. This is augmented regularly by extra crew members during those periods of intense activity.

The ship has the very latest electronic suite including dynamic positioning. This couples her navigation system to her two 360° azimuth propellors and a 360° bow thruster system that can place the ship very accurately on location and lock her on that spot. These make rudders obsolete. Forward is the Helipad, beneath which is an the Avtur fuel store for helicopter operations.

She is a regular sight along the coastline of the Island of Ireland. A fascinating vessel, she is always worth a viewing from the quayside if you happen upon her. 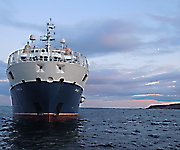 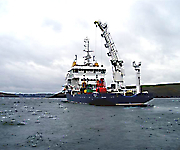 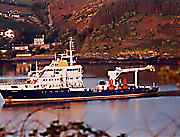 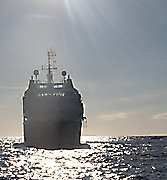 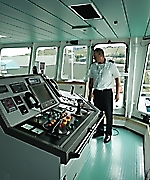 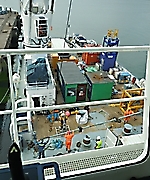 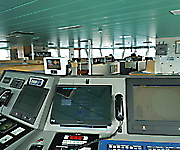 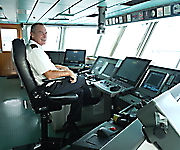 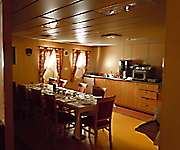 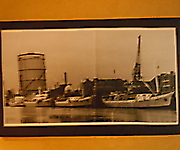 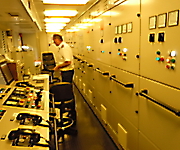 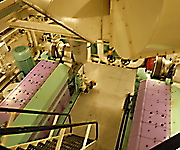 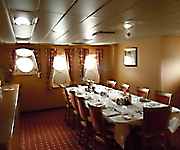 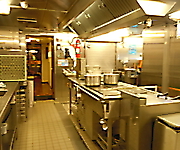 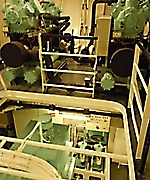