MC Anneke arrived in Kinsale in Summer 2011. She was engaged by an english timber company to recover Burmese Teak from the wreck of the PEGU, a small cargo ship that was torpedoed off Kinsale in 1917.

Burmese teak is impossible to source now, it having been virtually wiped out by forestry. The timbers recovered are allegedly to be used in the restoration of the Cutty Sark whose timbers were badly damaged in an accidental fire in 2007.

Maritime Craft Services (Clyde) Ltd purchased this Eurocarrier 2209 'MCS Anneke' in October 2009. After a naming ceremony in Aalst, she rushed off to Denmark for her first job - anchor handling for a cable laying vessel on a windfarm project. 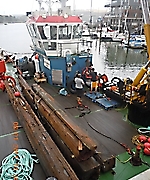 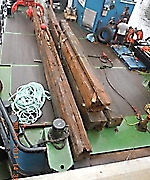 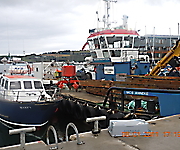 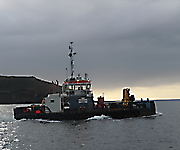 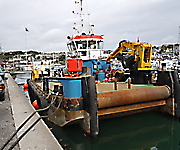